Built back in 1850, the future of the old Good Shepherd Church was in question when, in 2011, the Good Shepherd Parish moved to their new location along Leestown Road.  Both the former church and school were put up for sale and recently bought by businessman Joe Dunn, who also owns the McClure Building on St. Clair and West Main.  Judging from what has happened with the renovations of the McClure Building since he’s owned it, the buildings located at 300, 304 & 316 Wapping Street in downtown Frankfort are going to be brought back to life properly.  The new company which now owns the property is known as Inspirational Grounds LLC.  The vision for the property is to have events such as weddings and provide a small venue for intimate concerts.  The acoustics in the church are perfect for such a venue.

On Saturday, the Franklin County Trust for Historic Preservation held an ice cream social and invited the general public to tour the Old Good Shepherd Church before renovations begin.  A couple hundred people attended the event, many with memories of attending church there.  A variety of music and artists were invited to perform in the church during this event to “play with the acoustics” of the building.

For more information and to follow the renovation of the Historic Landmark Catholic Church and School previous location of Good Shepherd Catholic Community, click HERE.

The spires, cupola, and steeples of downtown Frankfort are an iconic feature of our community. One of the most recognizable and the tallest of these is the former Good Shepherd church. Built i…n 1850, the church and the congregation have long been a fixture of downtown dating prior to 1828. Originally known as St. Patrick’s, the congregation began worship in the homes of its parishioners and then in an “office-chapel” which they quickly outgrew. In 1837 the then Roman Catholic Church of Frankfort bought a masonry house, which stood next to the rail-tunnel on High Street, aptly named the tunnel-house where they worshiped until 1849. A few years prior, an influx of immigrants began to make Frankfort their home, many coming from Ireland escaping a severe famine of 1847 and would join the Catholic Church.

In 1848 a Father Lancaster came to Frankfort and found the congregation in great need of a new building. On April 2, 1849, property was bought for $5000 in the name of J.M. Lancaster at the corner of St. Clair and Wapping Streets including the former Presbyterian Church and parsonage. The Presbyterian building was small for the needs of the congregation, so in 1850 Father Lancaster began construction of a new building which would be given the title of “Good Shepherd.” John Haly, a member of the congregation would supervise, but construction would be completed by other church members working in the evenings and weekends. Many residents of Frankfort can trace this work to their 2nd, 3rd and 4th great grandfathers, a testament to the skill and a physical manifestation the faith of these early parishioners. During construction, services would be held in the Presbyterian Church while the new building would be constructed around it. Within the year the church would be completed and the former building demolished, all without any interruption of services.

The Good Shepherd Church would grow to become a leader in our community, comprising many downtown buildings. In 1860, the congregation would form St. Joseph’s Academy in the adjacent former parsonage. Through the years the campus would grow to include the school, convent, rectory, and other properties throughout the community. In 1922, the congregation began construction of a new school building designed by architect Mr. Robert E. Crowe of Covington and cost in some $70,000.00. The new school would open in August of 1923, known then by Good Shepherd School since 1917, serving to educate the children of our community continually to this day.

Through the years the parish has made many changed to their home, new formal stained glass windows were installed in 1902, as was a new organ, and the interior spaces refreshed. For their centennial celebration in 1948 the congregation improved the building, repainting lavish interiors, updating fixtures, and published a historical sketch. For much of its history the exterior of the church would be painted, and later additions of a new parish house would replace the old Convent. A gymnasium would be built on the site of the former Lawyers Row and Rectory after they were demolished. Later the church interior would be modernized, painting the interior a monochromatic color scheme, and eliminating early fixtures, replaced with a modern interior.

In 2011, the Good Shepherd Parish after many years of planning moved to their new campus along Leestown Road. For over 180 years, the Good Shepherd School served the community from their Downtown locations, just as they continue today from their new expanded campus. However, their departure brought into question the future of the former historic campus and potential uses for the buildings. The recent courthouse expansion threatened demolition of the church and destroyed the former convent and gymnasium. Since that time discussions for re-purposing the remaining campus have been of great speculation, including parking, a library extension, low income housing, museum, event venue, and numerous other uses. In 2013 the Blue Grass Trust for Historic Preservation listed the church on its endangered buildings list “Eleven in their Eleventh Hour,” further questioning the future of this historic landmark. However, we may now have an answer to ensure these historic buildings are preserved with their recent purchase by Inspirational Grounds LLC and its agent Mr. Joseph Dunn.

Historic buildings like the former Good Shepherd church are landmarks of our community, and their future should never be questioned, but valued for their contributions to our community’s identity as shelter, fostering ever new and evolving uses. The Franklin County Trust for Historic Preservation, the local non-profit advocating for preservation of our communities historic places, delights in the preservation success and want to highlight this occasion by inviting the community to an exclusive tour the former Good Shepherd church, May 31st at 2pm to be followed by a pie and ice cream social. This is an opportunity for the whole community to catch a glimpse of the historic building before it is rehabilitated and to learn more about the great history associated with the building and the congregation who have helped shape our town. See More

Don’t miss a minute of what’s going on this weekend in and around the Frankfort Area! Capital Living Covers Frankfort’s Social …

What an appropriate way to kick off the Farmer’s Bank Summer Concert Series in downtown Frankfort on Friday night!  The …

On Friday, the 6th grade students at Second Street School participated in their D.A.R.E. graduation ceremony at the State Capitol in the Rotunda.  D.A.R.E. stands for Drug Abuse Resistance Education.  But it means a whole lot more to the 6th graders graduating from the program at Second Street School.  Always in the crosshairs to be cut from some budget, the D.A.R.E. Program started back in 1983 in Los Angeles.  Twenty-one years later, that message is going high-tech, interactive, and decision-model based, wherein real scenarios are presented to the kids.

Frankfort Police Officer Mike Wells served as the instructor of the D.A.R.E. Course in Second Street, where forty-eight kids participated and graduated.  All of the children were required to write an essay on “Students Taking a Stand”, where the essays were based on the D.A.R.E. losing funding years after year.  The student were asked, “Do you think DARE is a worth while program to keep?”  Using facts and anecdotes, the students were asked to write an argument explaining their position.  The ten best children’s essays were chosen as winners and they got to read their passionate and empowering essays to those in attendance.

After a moving story and letter read by Frankfort Independent School System Superintendent Rich Crowe, all students were presented their graduation diplomas by Frankfort Mayor Bill May.

9:00 am – 5:00 pm –  New Leash on Life Thrift Store, Shop for the Animals, 415 W Broadway. Many unique modern and vintage items for sale in a lovely setting. All proceeds benefit the Franklin County Humane Society. Info: 352-2229

7:00 – 10:00 pm – Farmers Bank Summer Concert Series Kickoff, featuring The March Madness Marching Band  and Rebel Without a Cause, on the Old Capital Lawn! (additional dates: June 13 & 27, July 18 and August 1, 15 & 19) Check out our website at www.downtownfrankfort.com for band listings!

7:00 pm – Ghost Tour at Buffalo Trace Distillery, It’s rumored that there are more spirits at the Distillery than those aging in barrels. You will hear legendary stories and get a look at some of the Distillery’s most haunted areas, including Stony Point Mansion, where it’s been said that the ghost of Col. Blanton still resides. FREE.  Reservations are required for this tour.  113 Great Buffalo Trace, Reservations: 696-5926

7:00 – 9:30 pm – Live music appearing inside the winery, Elk Creek Vineyards, Owenton, Featuring Jen Scott Babcock.  Plays acoustic guitar and vocal show. Relaxing to high energy bluesy feel.  Everything from Johnny Cash to Florence and The Machine and everything in between.  http://www.elkcreekvineyards.com/

On Thursday, Frankfort Area Chamber of Commerce members converged on Chili’s Bar & Grill for the May Lunch Mob.  The folks at Chili’s were very accommodating fir the Chamber members who showed for the monthly lunch mob.  The Frankfort Chamber Lunch Mob gives members an opportunity to meet and network with other Chamber members.

We’re celebrating the Commonwealth’s 222nd birthday in style this year with a series of special activities featuring:

President Lincoln’s Own Band: Straight from the blockbuster movie Lincoln, this nationally known group of musicians led by Kentucky’s own Don Johnson will jam 19th century-style in what’s certain to be a memorable performance.
“Explore Kentucky’s Future and the Power of History” Luncheon and Discussion: Dine on Kentucky fare and then delve into how powerful the past can be in shaping tomorrow when award-winning novelist, poet and farmer Wendell Berry and State Historian Dr. James Klotter share their vision of the Commonwealth’s future. KET veteran commentator Renee Shaw moderates.

Capital City Historical Dancers and Musicians: Who needs Dancing with the Stars? This intergenerational community group will show you how your ancestors kicked up their heels as they dance to tunes from the Civil War era.

Commemorative Bricks Dedication and Reception: Hear inspiring stories and tributes from Kentuckians representing all walks of life during the installation of commemorative bricks on the Pathway Through History in beautiful Cralle-Day Garden.
And while you’re with us don’t miss:
A Kentucky Journey. Travel through the past in this permanent exhibit filled with thousands of Kentucky artifacts, sights and sounds in lifesize environments and interactive displays.
Kentucky Hall of Governors. Meet the people who have led our state through the years in this gallery filled with interactive displays, artifacts and more.
The Martin F. Schmidt Research Library, 1792 Stewart Home School Store, Old State Capitol and Kentucky Military History Museum will also be open for business and tours, as usual.
Boone Day Hours:
10 a.m.: Doors open. Capital City Dancers perform in Commonwealth
Hall (ongoing throughout the morning)
10:30 a.m.: Commemorative bricks dedication and reception on the Pathway Through History, Cralle-Day Garden
11 a.m.: President Lincoln’s Own Band concert, Keeneland Exhibition Gallery
12 p.m.: Lunch and panel discussion, Brown-Forman Kentucky Room
Cost:
$30 members; $40 non-members: Gives you access to all KHS Boone Day activities, including lunch and panel discussion. NOTE: YOU MUST REGISTER BY MAY 30 FOR THE LUNCH AND PANEL DISCUSSION. SEE BELOW FOR DETAILS.
$10: Gives you access to all KHS Boone Day activities, except lunch and panel discussion. NO ADVANCE REGISTRATION NEEDED.
After 12 p.m. Noon, price returns to regular admission cost (lunch and panel not
included). Visit history.ky.gov for details.
Seats are going fast for the luncheon and panel discussion! Reservations required by Friday, May 30. Contact Julia Curry at 502-564-1792, ext. 4414. 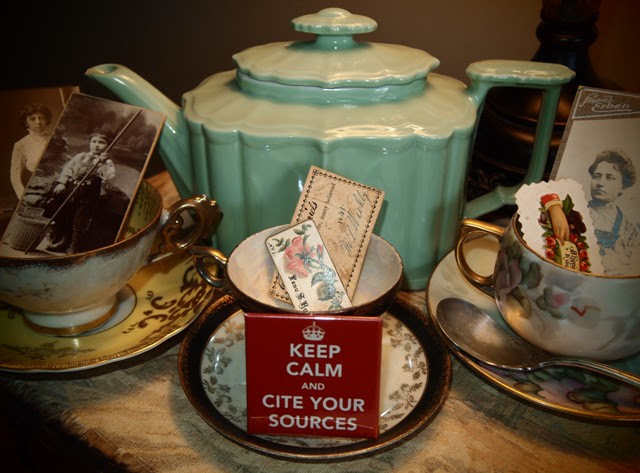