FRANKFORT, Ky. – The Frankfort Civil Air Patrol (CAP) Composite Squadron is celebrating the promotion of 12 of its cadet members. The first of two ceremonies for four cadets was conducted on February 2, 2016 during its weekly meeting at Kentucky Wing Headquarters, 101 Old Soldier’s Lane, off Highway 60, behind Sonic’s Restaurant. Five cadets received their first stripe as a cadet. One cadet received his third stripe promoting to Cadet Senior Airman, one his Airman First Class, five received their fifth stripe promoting them to Cadet Technical Sergeants, and one received the final phase of Cadet Chief Master Sergeant ranks.

Michael Dahl was also awarded an Air Force Association Citation for outstanding
achievement for Cadet of the Year in leadership and academic standing. This award
consistied of a certificate, ribbon, and medal. Dahl has worked very diligently in the Frankfort Aerospace Academy and is in his final year of the four-year high school program. He will have his pilot’s license in four months, before he even has his driver’s license. Michael has grown into a skilled leader with the ability to teach, speak, and work with his fellow cadets.

Commander Captain Charles Scheffler comments, “It is a thrill to watch these young people develop into leaders in this generation.”

For a cadet to get promoted, they must learn Leadership, Aerospace, Character
Development, Emergency Services, Drill and Ceremony, and Physical Training. They must ass tests as well as demonstrate our core values of Integrity, Volunteer Service,
Excellence, and Respect.

Frankfort CAP Squadron has four components. The main squadron located in Frankfort has a cadet and senior member’s program. The squadron has two flights, a senior flight in Danville, and a senior and cadet composite flight in Owenton. The Frankfort Composite Squadron was established two years ago and is now the second largest cadet squadron in the state. Frankfort cadet flight meets every Tuesday at the Kentucky Wing HQ next to Sonic from 5:00-7:00. Owenton cadet flight meets every Thursday night at the Owenton Middle School from 6:00-8:00. To join, a youth must be between 12-18 years old. Those above 18 have a meeting is every first and Third Tuesday at 7:00 pm.

In the cadet program, young adults get to experience flying, missions with emergency
services, develop leadership skills, and so much more.

Civil Air Patrol, the longtime all-volunteer U.S. Air Force auxiliary, is the newest
member of the Air Force’s Total Force, which consists of regular Air Force, Air National
Guard and Air Force Reserve, along with Air Force retired military and civilian
employees. CAP, in its Total Force role, operates a fleet of 550 aircraft and performs
about 90 percent of continental U.S. inland search and rescue missions as tasked by the
Air Force Rescue Coordination Center and is credited by the AFRCC with saving an
average of 78 lives annually. Civil Air Patrol’s 56,000 members nationwide also perform
homeland security, disaster relief and drug interdiction missions at the request of federal, state and local agencies. Its members additionally play a leading role in aerospace education and serve as mentors to more than 24,000 young people currently
participating in the CAP cadet program. Performing missions for America for the past 75
years, CAP received the Congressional Gold Medal in 2014 in honor of the heroic efforts
of its World War II veterans. CAP also participates in Wreaths Across America, an
initiative to remember, honor and teach about the sacrifices of U.S. military veterans.
Visit www.capvolunteernow.com for more information. 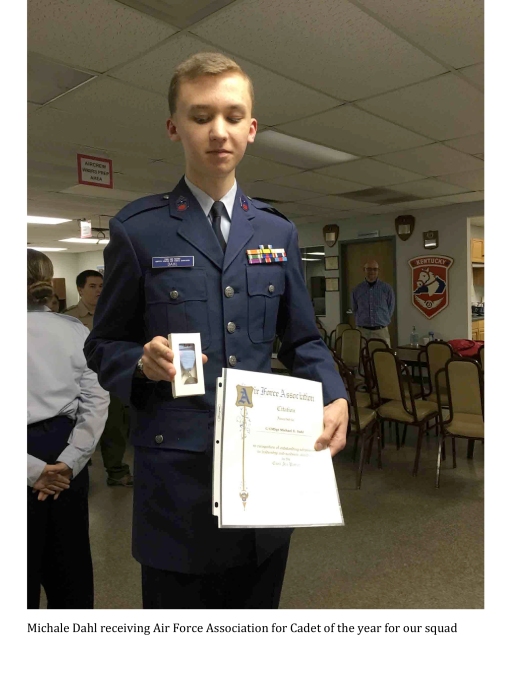