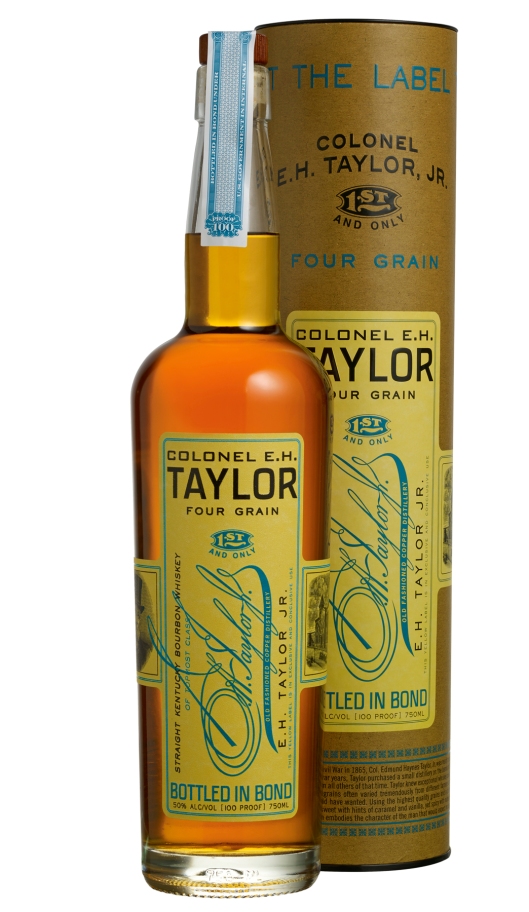 Made from a distinct bourbon recipe using corn, rye, wheat, and malted barley, this bourbon was distilled in 2005, entered into the barrel at 104 proof, and has a distinctly different flavor profile from the typical rye and wheat recipe bourbons made at Buffalo Trace Distillery.  These four grains were chosen since they are the four grains E. H. Taylor would have had access to when he set up shop at Buffalo Trace in the late 1800s. During the 1860s, Taylor traded in grains and learned that they can vary tremendously from different farmers and harvests. Taylor consistently wanted the products produced in his distillery “of upmost class,” right down to the grains.

The impetus behind this multi grain recipe was based on the success of Buffalo Trace’s existing rye and wheat bourbons, harkening back to Taylor’s thinking of using the best of the best. “We wanted to extract everything we like from both the rye and the wheat mashbills we currently use and combine them to see how they react,” said Master Distiller Harlen Wheatley. “Not surprisingly, it added complexity to the finished product.”

Tasting notes describe this bourbon as “opening with an inviting aroma, with the first sip bringing a lot of character.  Caramel notes are touched by sweet vanilla and caramel corn, then underwritten by slightly smoky flavors and oak tannins. It maintains a smooth evenness between the four grains interacting with the charred oak barrel.  Overall, quite different yet very balanced.”

Like some of the previous releases, this limited edition will be hard to find. Also consistent with past releases, the Four Grain Bourbon displays a vintage label and is offered inside a distinct canister reminiscent of Taylor’s whiskey package from over one hundred years ago. These six bottle cases will again be shipped in an impressive wooden box first used for the Cured Oak release.  The boxes are modeled after the wooden crates used by Taylor to transport goods during the days before Prohibition.

Colonel Edmund Haynes Taylor, Jr. is widely considered one of the founding fathers of the bourbon industry, fighting for the Bottled-in-Bond Act of 1897, nearly three decades after he purchased the distillery that is known today as the Buffalo Trace Distillery. During his time, Taylor implemented several innovative methods still used today by Buffalo Trace, such as climate controlled aging warehouses. In addition to his bourbon interests, Taylor had political ties. He was the great-nephew of President Zachary Taylor and elected the mayor of Frankfort, state representative to the Kentucky General Assembly and a member of the State Senate.

This special bottling of Colonel E.H. Taylor, Jr. Four Grain Bourbon Whiskey will be available starting in April in limited supply.  The suggested retail price is $69.99 per 750ml bottle.