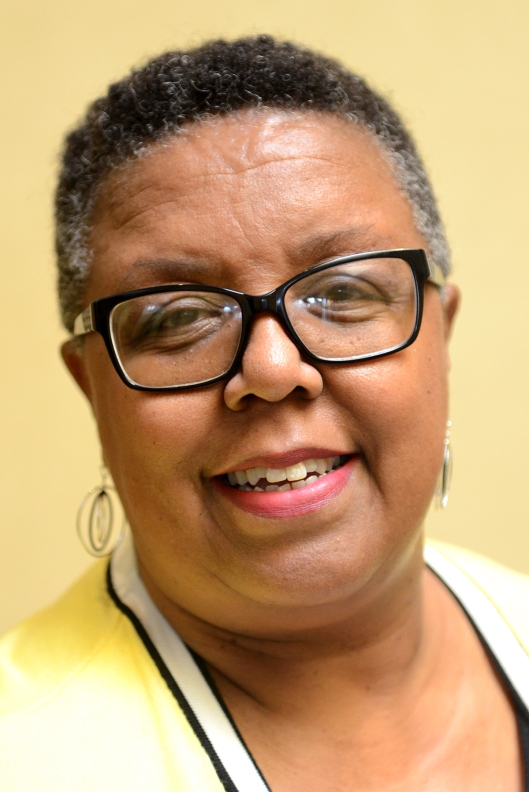 FRANKFORT — President M. Christopher Brown II is pleased to announce the promotion of Sonia Sanders from executive assistant to the president to assistant vice president for public engagement and community outreach, effective immediately.

“Ms. Sanders is the right person to inspire all of our constituent groups to collaborate for the best outcomes for Frankfort, surrounding communities, Kentucky State and the state of Kentucky,” President Brown said. “As a key member of the leadership team, I am confident that she is committed to and will foster ongoing efforts to accomplish the institution’s mission and goals while promoting a high-performance culture that energizes and engages our work in outreach and public engagement.”

With the eventual closure of Frankfort’s Convention Center, she is working diligently with stakeholders to secure space on Kentucky State’s campus.

“It is crucial for Kentucky State to fulfill the need for space so we can bridge the gap in keeping tourism revenue for our city and county stakeholders,” Sanders said.

President Brown applauded her initiative, “At its next meeting, the KSU Board of Regents will be voting to approve a Campus Space Utilization Policy and fee schedule developed under the leadership of Ms. Sanders.”

Sanders joined the institution in 2008 as an administrative assistant to the president.

Prior to joining the Thorobred nation, she held executive level positions in vehicle regulation, transportation and real estate. Sanders has over 30 years of executive management experience.

Community and civic involvement have played a large role in her life, as well. She currently serves as chair of the Frankfort/Franklin County United Way Board of Directors and as vice chair of the Frankfort Tourist Commission. She has a long history with Kentucky Business & Professional Women, having served as state president, on the board, as president-elect, vice president, on the foundation board and as a parliamentarian. She was appointed by Patton to the Madisonville Community College Board of Directors and by Mayor William Cox to the Hopkins County Planning and Zoning Commission, among many, many other roles in the community.

Sanders says she is honored to serve Kentucky State in her new role and is looking forward to positioning and strengthening the University’s capacity as a fully engaged institution that facilitates the mutual exchange of ideas, resources and expertise.

“I am blessed to be able to serve Kentucky State and thrilled that I will work in an area I’m passionate about,” Sanders said. “Working together, we will champion a bold agenda to integrate community outreach and public engagement across a broad range of University initiatives including our teaching, research and public service activities to create a new engagement culture that will afford our faculty, staff, students and alumni opportunities to become involved in valuable campus-community partnerships.”