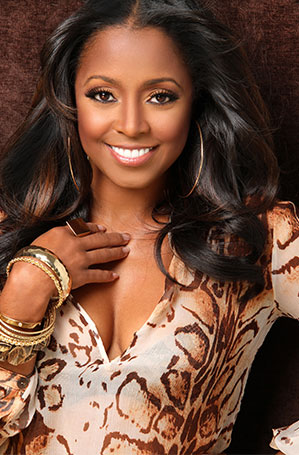 Kentucky State University’s 2018 Women’s Conference is sponsored by Miss KSU Dorian Wright. The Assembly is free and open to the public.

“We are delighted to welcome Ms. Keshia Knight Pulliam to Kentucky State University,” says Miss KSU Dorian Wright. “She’s an influential woman who believes in helping others discover their passions and purpose in life.”

Knight Pulliam is the youngest person ever to be nominated for an Emmy. Other accolades from her career include several NAACP Image awards and Young Artist Awards, a People’s Choice Award, and a Nickelodeon Kids’ Choice Award. In 2014, Knight Pulliam was awarded the Daily Point of Light Award by Points of Light, a service organization which former president George H.W. Bush holds an honorary chair position. She was also the recipient of the Phoenix Award and the Community Service Award Key from the City of Atlanta.

Besides an eight-year run on the Emmy and Golden Globe award-winning “The Cosby Show,” other credits include “House of Payne,” “Beauty Shop” and “Madea Goes to Jail.”

In addition to an illustrious television and movie career, Knight Pulliam graduated with honors from Spelman College in 2001. As a Bonner Scholar and member of Delta Sigma Theta Sorority Inc., Knight Pulliam became and remains an advocate for underserved communities.

In 2010, Knight Pulliam started Kamp Kizzy Foundation, a free mentorship camp for youth ages 11-16 in her current home of Atlanta.