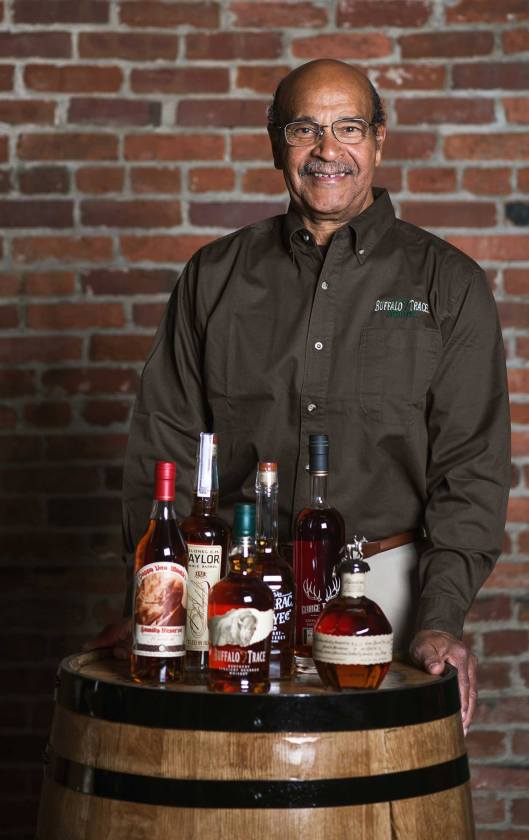 FRANKFORT, FRANKLIN COUNTY, KY (Sept. 14, 2018) – In 2002 Buffalo Trace Distillery received a rare gem when Freddie Johnson joined the team as a tour guide. Freddie was in the middle of a successful career as a network/operations engineer in Atlanta, GA when he put all of it aside to fulfill a promise made to his father, Jimmy, more than 20 years earlier. He had promised his father that he would work at the Distillery during his lifetime so they could say they had three generations of the Johnson family that worked at Buffalo Trace. Freddie took early retirement and moved back to care for his father and brother. Jimmy got him a job as a tour guide at the Distillery in 2002 but Freddie had been in and around the Distillery since he was five years old, coming to work with his father and grandfather and playing on the grounds and in the old warehouses.

Freddie is a man of honor, knowledge, kindness, compassion and humor.  Not a person walks by Freddie without a big smile and wave.  Freddie has become a celebrity around the National Historic Landmark Distillery.

The Bourbon Hall of Fame honors remarkable achievements that continue to drive the bourbon industry’s new Golden Age. Recipients have world-class leadership, vision, dedication and integrity that has forever transformed this country’s signature spirit. These qualifications come naturally to Freddie.

The Kentucky Distillers’ Association created the Hall of Fame in 2001, in conjunction with the annual Kentucky Bourbon Festival, to recognize individuals and organizations that have made a significant and transformational impact on Bourbon’s stature, growth and awareness.

Being inducted to the Bourbon Hall of Fame is the highest honor given by Kentucky’s signature Bourbon and distilled spirits industry.

“The Hall of Fame is a great honor, and only fitting for it to be bestowed on Freddie, said Matt Higgins, visitor center manager. “We’ve known and our guests have known for years what a special individual Freddie is; it’s so nice he’s being officially recognized for his dedication to the craft.”