Waverly House Auction, one of the Frankfort Area Chamber of Commerce’s newest members, held their first “pallet auction” at their facility on Hahn Drive (the corner of US 127 South and US 420) on Thursday afternoon.  With the exception of one auction a month, where the focus is on antiques and estates, the facility holds two auctions a week with new items from big box stores.  Through an extensive network, truckloads of new merchandise were brought in for this particular auction.  Over 140 pallets full of merchandise were auctioned off to the highest bidder.  Over 250 people, from as far away as Florida, Indiana and Ohio, were registered for the inaugural event.  Pallets full of product were sold to the highest bidder, which ranged in price anywhere from $50 to over $500 per pallet!  In roughly two and a half hours, all pallets were sold and the new owners began to take away their goodies.  By 5:30 pm, they were set up and ready to go for their regular Thursday evening auction!

According to Dean Ball, owner and auctioneer, the pallet auction “went exceptionally well… especially being the very first one and a totally new concept for this area”.  He added, “(it) looks like we’ll do another pallet auction in 30 to 45 days”.  For those of you that missed your opportunity for this auction, looks like you should be able to catch another in another month to month and a half! 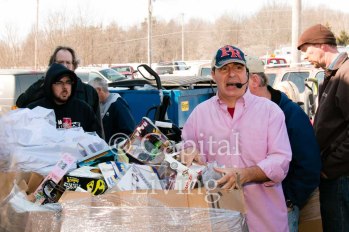 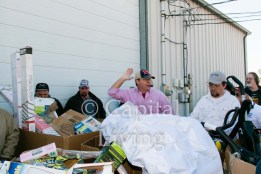 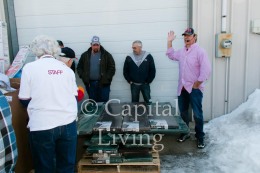